Duration of the concert will be approximately 40 minutes.

Tecla Gato is formed by musicians from different generations of the improv scene in Buenos Aires. The concept suggested by their improvisations proposes the mixture of acoustic instruments with the addition of sound objects, electronics and processed voices. They often utilize in their performances graphic scores of their own creation as a blueprint for improvisations.

Duration of the concert will be approximately 40 minutes. 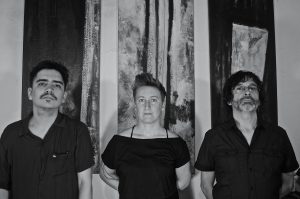