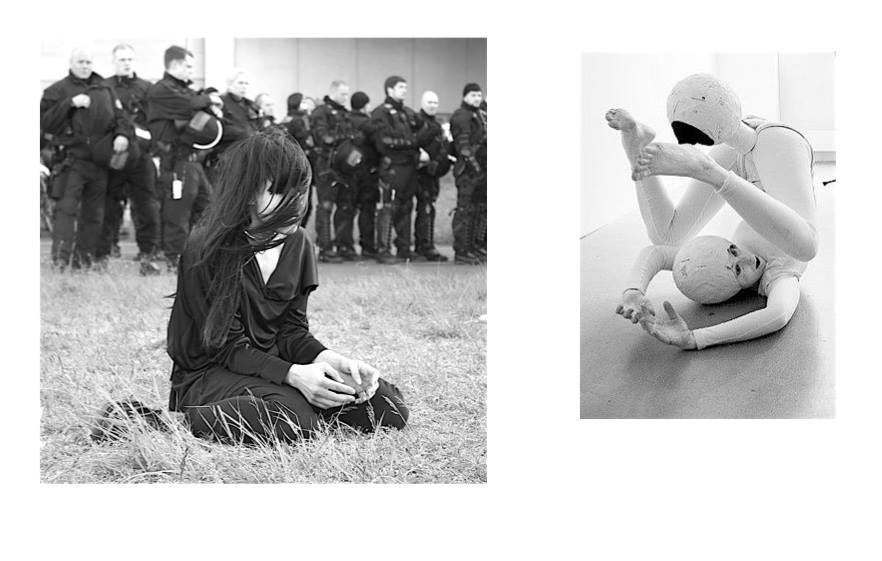 Holly Chernobyl has been a working artist for over a decade — her work spanning poetry, storytelling, bunraku puppetry, and movement and performance art. Holly has shown work in Chicago, Seattle, Quebec, Berlin, Brazil, the UK, and NYC. Holly is interested in creating dreamscape environments for her audience, and disrupting the everyday. Public performances are the most exciting for her, “I want to be surprised, too”, Holly says. Her work plays with tension between the beautiful and the grotesque, attraction and repulsion. In 2014, she was honored to be a Featured Artist in the Chicago Artist’s Month festival, and is the recipient of a 2015 DCASE Individual Artist Award, both presented to her by the City of Chicago.

T h e C i r c u l a r V a l l e y
The Circular Valley is inspired by Paul Bowles’ story of the same name, concerning a non-being bound to a space in South America, which inhabits being’s bodies. The Atlájala is curious, and seeks sensation. What happens when the Atlájala tries on human bodies?

“…the floor to this ramshackle civilization that we have built cannot bear much longer our weight. It was Bowles’s genius to suggest the horrors which lie beneath that floor, as fragile, as the sky that shelters us from a devouring vastness.”

Z o e D a r l i n g
Zoe Darling lives and works in Lucerne, Switzerland and comes from London England. Over the last decade she has been involved in numerous exhibitions and performances from experimental music events, collaborative installations, artistic research symposiums, punk-rock tours and other adventures. Her work spans various media but predominantly focuses on movement and performance. She was recently the recipient of the Cité des Arts vis-arts-Atelier grant and will be going to work in Paris for 6 months in 2017.

V e r s i p e l l i s
My current work investigates the relationship between objects and performance. I create small vignettes or scenes using movement, costumes and props. I seek to invent and generate work from a collage of different elements – theoretical, historical and personal – to create work that has a poetic narrative and a theatrical presence.

S a n t e r i V i k s t r ö m
Santeri Vikström is Finnish butoh performer based on Helsinki.
He has been studing butoh in Himalayan butoh
school 2013. He has presented butoh performances all around Europe and India.
His artistic work is research filled with curiosity and its diving into interaction between mystery
of abyss, sense of non-duality and hidden characters in the darkness of body.

E n t e r i n g T h e S p a c e W i t h o u t P a p e r s
Entering the space without papers is a performative experiment based on butoh improvisation. Performance is asking questions without asking anything. It’s showing some papers without having them and its loosing the sense of cultural norms without understanding them in the first place. 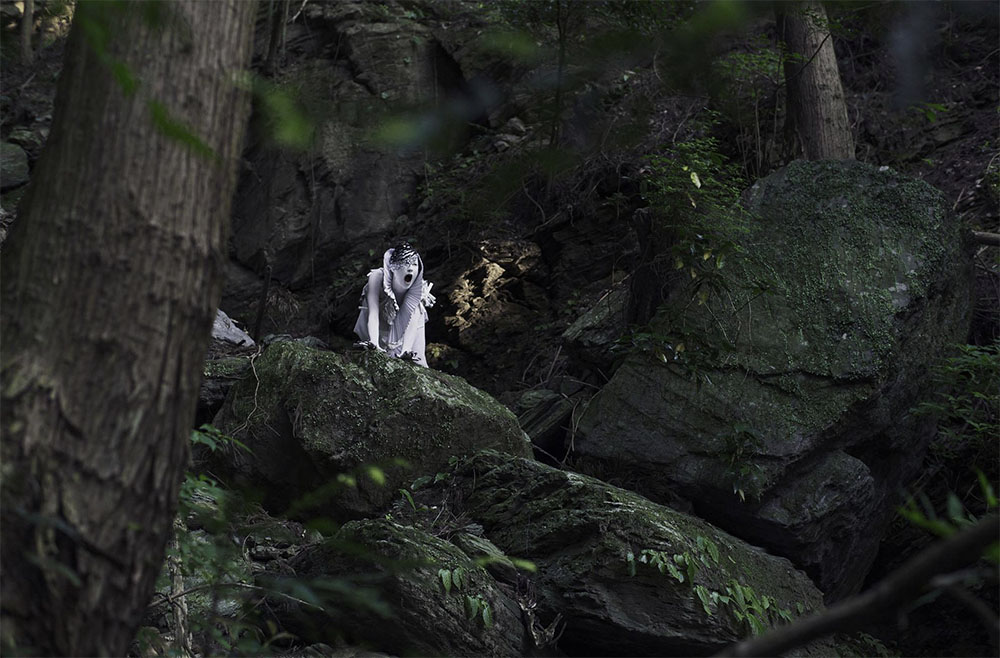 FRAUKE / Caroline Lundblad
Frauke is a choreographer with a focus on butoh and performance. She is based in Gothenburg, Sweden, but also does work internationally.