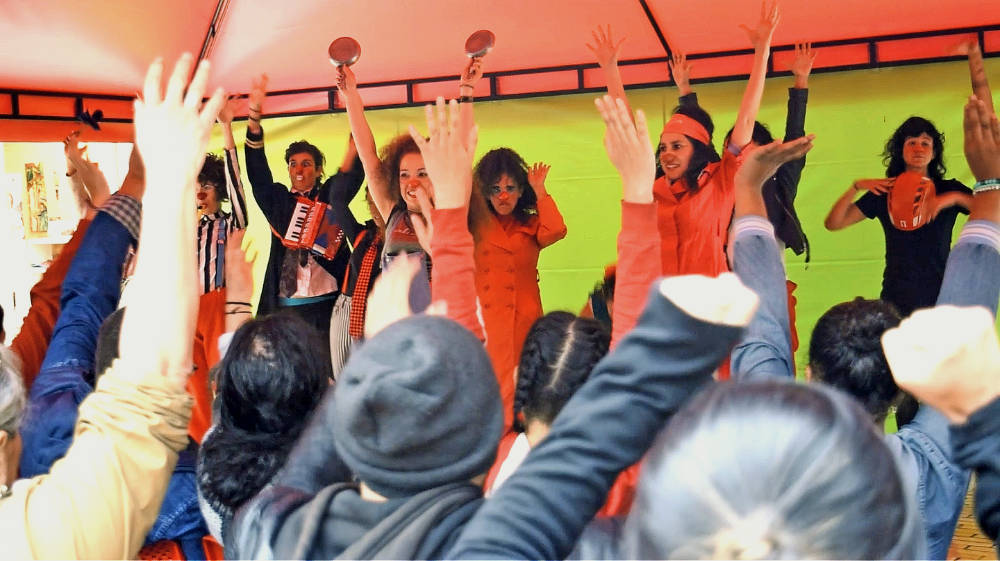 Documentary film with interviews of 17 clowns who tell their stories in relation to laughter and humor.

Open memories, expressive channels, bodies in motion, in search of pleasure and the expression of a laugh with presence, wide, hard and completely healing and spiritual. A laugh that reconnects us and returns us to care and sisterhood among all. Remembering our origin, from a circular exploration of what the journey towards wild comedy is.

Voices of diverse, different and plural personalities. Seventeen women from different parts of Latin America tell us how laughter is crossed in their contexts and how they make it a tool of resistance to heteropatriarchy.

A guild /ɡɪld/ is an association of artisans or merchants who oversee the practice of their craft in a particular town. The earliest types of guild were formed as confraternities of tradesmen. They were organized in a manner something between a professional association, trade union, a cartel secret society authority to enforce the flow of trade to their self-employed members, and to retain ownership of tools and the supply of materials. 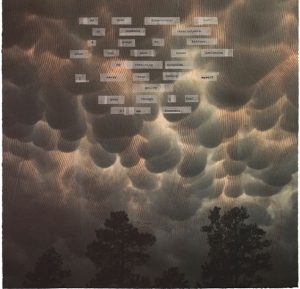 In January of 2017 organizing an exhibition of artists that wanted desperately to show their revulsion at the election of, and swearing in of President Trump was both a necessary, and yet sadly, somewhat typical reaction by the art world. What Barry Carlsen and I had in mind was something different. We saw this moment as a time to not only register our individual confusion, outrage, and disgust; but as a moment to institute a potential structural change in the ways those emotions could be more permanently expressed collectively.

As printmakers, or more correctly as artists who also love and embrace traditional printmaking, we both knew the long history of artists- from Goya, Daumier, and Kollwitz, to Wangechi Mutu, Wendy Red Star, and Lorna Simpson- who have made printmaking a historically powerful tool for holding power up to some form of public accountability, and because by definition printmaking is a way to make an image reproducible, and thus democratically (small D) available to many at low cost the inherent nature of printmaking was a perfect vehicle for our new concept. However, the real irony is that to imagine this new sustainable organization that could carry out a long term goal of bringing together many artists into a shared community, yet retaining individual voices inside that group we finally turned to a model that was a thousand years old…the guild. The guild as referenced above in Wikipedia is a shared association of tradesman who negotiates for mutual benefits and protects the interests of its members. The guild we envisioned would be different in that in would not be a local, or geographically based version as it was in medieval times, but rather a global network that relies on social media to connect and promote one another. The guild could then grow to accommodate all the artists within it, while maintaining the core purpose of the reproducible image using traditional printmaking media.

Once conceived, the guild, now named the Vox Populi Print Collective needed to resolve a second important problem. How to bring these artists and their works from distant points efficiently? For this we turned to the concept of only sending the print itself, and purchasing the frame in the locale of the exhibition. So we determined for the inaugural exhibition of the guild, and possibly thereafter, the prints would be made in one standardized size to allow the guild to have multiple sets of frames available by utilizing the Ikea global store system. We could now quickly and cheaply send these exhibitions around the world in a low cost manner. The costs of producing exhibition catalogs also became easier by making all the prints one size. Lastly Barry and I decided the first print of all the artist editions would be one low price. The artist would then be free to change pricing for their own works according to their own market value after the first print was sold.

The final issue was to find a series of galleries and art fairs nationally and internationally that the guild could apply to. Here is the part I am most proud of. In the past three years I and several other partners have been hard at work creating a novel approach to creating ways for artists to engage the art world. Rather than a gallery based model that asks represented artists for commissions, our company, the Shim Art Network, allows artists and groups of artists to apply using fees instead of commissions. So the guild could now locate and apply for shows in New York City, Berlin, Miami or elsewhere with membership fees and retain all sales for the individual artists. The ultimate aim is for the guild or any group to function like a gallery minus the fixed cost or overhead of owning its own space. Vox Pop is just the beginning, but it is a crucial beginning for this idea. Artists coming together to share costs and lower risk while retaining their individual identities inside a global shared network can, and we are convinced, will change the very structure of the art world. We smile thinking to begin that journey we needed to embrace and re-engage an idea that was hiding in plain sight for two or three centuries.

Ultimately Response, the title of our first show, and of this catalog is then both a tactical and strategic “response” to the growing global white supremacist, neo-liberal hegemony. Tactical, because over 60 artists from around the world have been willing to join in to this exhibition, and by doing embrace the resistance to this person and to what he represents to them, and that is something we must all be willing to do if we wish to see change. At another level however, there is a strategic shift in the ways we can express that dissatisfaction. By creating a group, a guild, a collective we are announcing that we are not alone in this struggle. That by relaxing for a brief moment our own autonomy we actually become stronger as individuals, and by extension we are now committing to a possible new economic model for artists. Shared risk groups bargaining for themselves with markets. This way we can begin to expose the lie that undergirds the neo-liberal economic myth of “winner-take-all” and “each for themselves”. The “shame” of the unrepresented artist, who cannot find a foothold inside highly regulated “space” where the cultural dialogue is produced, slowly gives way to the networked artist collaborating with others on specific projects that can be self-funded without waiting for institutional approval. I am proud to be a part of the Response exhibition, but I am more excited to be a part of the new emerging response to self-imposed isolation, sadness, and alienation from others who share in my goals for a different world.

for German text, please scroll down

I’m interested in encounters: what happens when I meet and take pictures of random people in a strange country? We may not have a common language or culture, just the moment when our roads cross. What comes next? Possibly some sort of a view about the environment and the people who live or visit this area. Both, the location and the people, have their own history and their own present situation, and in addition to all that, there’s a stranger’s look, mine.

In June 2017, I learned to know the district of Wedding in Berlin, doing some background work for this forthcoming exhibition. My idea is to take most of the pictures for the exhibition during the three weeks before the opening and also continue taking pictures for a week after that. The show is allowed to change and live through my experiences.

I have been a press photographer for well over thirty years. At the same time I have given my own photo exhibitions, and collaborated with artists, both in Finland and internationally. I am pleased to give an exhibition of my project Encounters in Toolbox, which is located in the heart of Wedding.

The exhibition has been supported by Finnish JOKES (Foundation for Promotion of Journalistic Culture).